The GoPro3 was launched in November last year in three versions – White, Silver and Black – and, unusually the differences go beyond extra mounts and add-ons. All versions of this smaller, lighter incarnation of the camera that just about single-handedly created the mini action-camera category, have better sound and built-in WiFi (allowing you to control up to 50 from your iPhone), but only the Black edition comes with a dedicated WiFi remote.

It’s also the only one that can take 12MP stills in 30 frames-per-second burst…that begs repeating: 12MP @ 30fps! 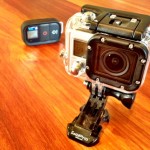 VIDEO
It has the ability to record in 4K (twice the resolution of HD) and do slow-mo that’s eight times slower than real life.

You can only shoot the 4K at 15 fps, which doesn’t make for ideal (read smooth) on-bike footage, but at 720p you can get 120fps – double the power of the Hero2. It offers a range of video resolutions to choose from to get the best results for what you’re shooting.

While the video functionality is super impressive and really what this unit is made for, it’s the stills that have excited me the most. I’ve been using the Black for nearly three months now and it’s proven a very versatile (and super fun) tool on shoots.

I’ve made a lot of use of the WiFi remote with the camera on a pole mount or positioned on a remote tripod. I’ve found the image quality is good enough for print and in some instances (you have to get the light just right) strong enough to hold up to cropping even.

The shot of Marco Fontana (below) was taken at the Absa Cape Epic on a pole mount and cropped to fit the magazine format. 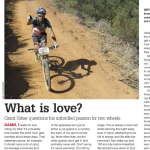 Shooting in portrait format is obviously a bit trickier, as, by definition, video is shot in landscape and that’s what most of the mounts lend themselves to.  The shot of Anriette Schoeman, below was taken with a tripod mount on a gorilla pod. 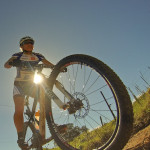 To be honest, 30fps is a novelty in most situations, but there are various burst modes available: 3fps, 5fps, 10fps, etc. Another cool stills features are continuous shooting – which allows you to shoot up to 10fps continuously and the function where you can shoot simultaneous video and stills.

SUMMARY
The stills features are awesome and, if you get the light right and your shot is set-up properly you can get high quality stills. I’ve heard of some photogs saying they get even better results from shooting the 4K video (at 15fps) and taking frame grabs from there. 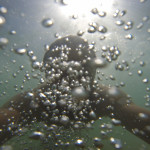 Lookout for a feature on how to get the most out of your GoPro (or any other mini action camera, for that matter) in an upcoming issue of Ride soon.

The GoPro Hero3 will cost around R5 000, find your nearest retailer here and check out World Of Heroes Facebook page